Richard Scarsbrook is Back in Orangeville

In 2013, we were delighted and pleasantly surprised when the Orangeville Public Library sponsored creative writing workshops with Richard Scarsbrook, award-winning fiction writer, poet and creative writing teacher (Humber College and George Brown College).In the last series of workshops, we brought in twenty copies of our short story or creative non-fiction (1,500 word max), or a series of poems. Richard critiqued them along with input from writers attending the workshops.It is interesting to take a creative writing workshop by a writer who is both informative and a great speaker. He’s never boring and he's entertaining. I am prone to day dreaming, but at Richard’s workshops, I hung on to his every word.Richard is not only a good writer but he’s an excellent teacher. And most of the workshops were filled. I always arrived early to make sure I had a chair at the front.

Richard is a genius for pointing out not only what’s good with your writing but what is missing from it. He helped me with my editing skills and to perfect my short story.
Fortunately for writers, the Orangeville Library will again be offering free creative writing workshops with Richard Scarsbrook, 6:30 – 8:30 p.m.

For further information, please check out:
http://www.orangeville.library.on.ca/events_detail.php?id=680&s=
http://www.richardscarsbrook.com/events.html
Mark your calendars. I promise you, you won’t be disappointed.
Posted by Mary Patricia Bird at 12:34 PM No comments:

Here is Patricia's prompt from the February 9th meeting. 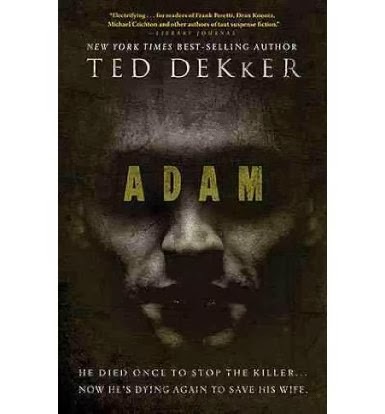 Everyone grabbed a book and this seemed to be the last book on the table apart from a children's book. This seemed appropriate with my recent obsession with Ghost Adventures. I have not altered the following result of the prompt in any way, including adding to it. This is exactly what I wrote during the 15 minutes time allotted.

"There is a ghost here," said the eccentric old man.

"And how do you know that?" Zak, the professional ghost hunter asked.

"You've seen him? And what exactly have you seen?"

"Well, he got no eyes but the angular jaw and large nose and bony cheek bones, clear as day."

"All the time, by gosh. As soon as I lay down in bed he is hovering over me. I tell Adam to find someone else to bother."

"Show me," Zak said as they walked through the cabin in the woods.

Old Henry hobbled along towards the back bedroom. He put his hand on the door knob but it did not turn. "By gosh, he done it again."

Zak looked back at Nick, his partner in crime, giving him a 'I think this guy's off his rocker' kind of look.

"Excuse me." Zak pushed by him and tried the door. Sure enough it was locked.

Zak examined it. He was right. There was no visible lock or key hole.

"Could be a deadbolt on the inside," Nick whispered.

"I said there ain't no lock!" Henry hollered. "Now Adam, open the door!"

Excuse me, Henry, but who is Adam?"

"Well, the ghost. Isn't that what I brought y'all here for?"

"Yes, but how do you know his name is Adam?"

"He told me." He tried the door again.

"He told you?" Zak was surprised and intrigued.

"Whoa," Nick yelled as he spun around.

"I just felt something touch my back."

If Zak had any doubts before he didn't have any now. He trusted his friend.

"Hey Adam?" Zak called out. "Can you let us know you're here? Perhaps you can open the bedroom door?"

The three stood silently waiting for some response when they heard a knock from inside the room.

Zak turned the knob and the door opened. They walked cautiously into the darkened room.

"Let me get the lights," Henry began.

"No." Zak stopped him with a touch to his arm. He pulled his flashlight out of his back pocket and flashed it around the room. Something caught his eye and he moved the light back. He saw the image of a face in the spotlight.

Yes, that's where it ends. On the Ghost Adventures show this would where they would insert a commercial break. So I guess you better stay tuned for more.

Posted by Mary Patricia Bird at 1:22 PM No comments:

Look what I have! 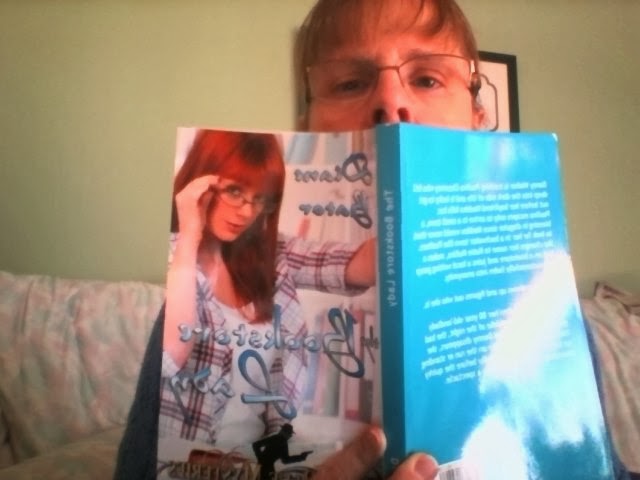 The Bookstore Lady by Diane Bator, now available at BookLore in Orangeville.

As usual we started the meeting asking if anyone had anything to read. Caitlin explained that she has a short story to write for an anthology but is finding every excuse not to work on it. She feels the subject of erotica is holding her back. This started a discussion on how to motivate yourself to write. The following suggestions were made:

- Judy says when she is tired and starts writing it energizes her.

- Another suggestion was to dedicate an hour first thing in the morning to write. Get it done and then it's done.

- Have an email buddy to hold you accountable.

- Patricia said she needs someone standing over her with a whip. Clare volunteered. She declined.

Jayne was leading this week and she grabbed a bunch of books off the shelves in the church's library and placed them on the table. Everyone took a book and used either the title, cover picture, author's name or even a line from inside the book to use as their writing prompt.

I urge those in attendance to publish their results here. I will be doing so, in its rough form.

Our next meeting is Sunday, February 23rd. Judy will be leading.

Posted by Mary Patricia Bird at 12:29 PM No comments: