One note from the last meeting in December...

Christiana has a story published in Chicken Soup for the Soul's Miraculous Messages from Heaven available at Amazon. I've also seen it at Walmart. 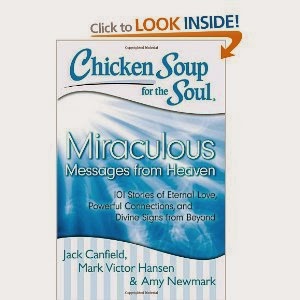 Marilyn shared with us two new books published by her publishing company: 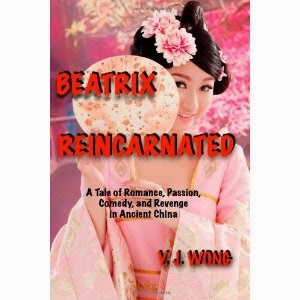 Both are available at all Amazons in book and Kindle formats.

Diane read from a prompt she received from the Ontario Writers' Conference (nice to see the apostrophe after the 's' here too!). It is their Story Starters Contest. You can find it here: http://thewritersconference.com/whats-new/story-starters-contest/

Christiana brought up a discussion regarding something the Ontario Premier was heard to have said regarding the ice storm and subsequent giving of grocery gift cards to help those who needed to replace food lost. Kathleen Wynne said: I do not believe it is better to do nothing than to try to help. The question: Is this sentence grammatically correct? Is it a double negative? Since this was a spoken statement and not written, punctuation is invisible if there. Some said it was grammatically incorrect while others said it was correct but should have been worded differently. What do you think? Leave us a comment.

The Toronto Star Short Story Contest deadline is February 28, 2014, at 11:59pm. It is open to Ontario residents only, no fee, maximum 2500 words. You can find details here: http://www.thestar.com/news/gta/2014/01/04/star_short_story_contest_seeks_entries.html

Someone brought up the question of how to know what to write for any given short story contest. In the case of the Toronto Star one should read past winning submissions and also research the judges.

Clare informed us that after writing mostly about other people he has decided to write about himself and is tackling a memoir. We look forward to seeing that in print and reading it.

The Prompts provided by Marilyn:

Below are a number of book titles - some with authors' names, some very tongue-in-cheek and some serious. Pick one (or two, if you wish) and write a short story that the title triggers within you. (Some in attendance used more than one - Diane used all but two of them!

Try one (or more) of these prompts. HWG members please share your writing on this blog.


Posted by Mary Patricia Bird at 6:48 PM No comments: