Prompt #4 - Describe an event or scene as an adult might see it, and then re-write it as a child might see it.

I hadn't seen some members of my family for a few years. It's unfortunate that it takes a death of a parent to bring us all together. I think the last time we were all together was Mom and Dad's 50th wedding anniversary. Tommy was an infant then, and Riley didn't even exist.

After the funeral service we all gathered together in the church hall. My siblings had changed quite a bit; as had their children. Everyone was growing up.

I spotted my brother James. With both children in tow I ran over to greet him. I released both their hands as I threw my arms around him.

Both James and I laughed.

"Tommy," I crouched down beside him, "this is mommy's brother James, your uncle. Say hello to Uncle James."

Tommy put his arms around my neck and clung to me. Riley began smacking at my arm. "Mama, mama, mama..."

I laughed again. "And this is Riley," I said to my brother as I lifted both children into my arms. "Say hello to Uncle James."

James, always the sweetheart, reached out to pat each child on the back. "Hello, Tommy. Hello, Riley. It's good to meet you. It's been a long time since I've seen your mommy - and you. I've missed you all so much. You've grown into two beautiful children.

Tommy clung to me, both arms around my neck, looking the other way. Riley buried her face in my shoulder.

"Tommy is five," I said to James. "And he's mighty heavy." To Tommy, "Can Mommy put you down now?" His arms tightened around my neck. "I guess not," I laughed. "So, James," I twisted my head around despite the grip on my neck, "where is that beautiful family of your's?"
~~~~~
There were so many people in the big room with all the tables and chairs. I held tightly to Mommy's hand; Riley held her other one. It was noisy.

Suddenly Mommy started moving. Riley and me had to run to keep up. Mommy let go of our hands and hugged a strange man. I didn't like that. No one hugs my mommy except Daddy. I pushed my way between their legs; Riley did too.

Mommy came down to our level and looked at me and Riley. I looked at Riley as Mommy said something about Uncle James. I put my arms around Mommy's neck and held her tight still looking at Riley. She got what I was trying to tell her and she began hitting at Mommy.

Mommy lifted us both up and Riley and I smiled at each other.

The man put his hand on my back. I held Mommy tighter trying to get away from this strange man with no hair.

I just stared at Riley and she stared at me. Neither one of us knew what the heck was going on.

Posted by Mary Patricia Bird at 8:10 PM No comments:

S.J. was leading this week. The writing exercise was an exploration in how perspective can change a story. She was inspired by a book she read, "Mooreeffoc" by Tetiana Aleksina (foul language warning), where the story was told from different perspectives, characters you wouldn't expect. 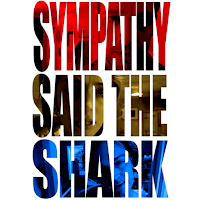 The book can be purchased at Amazon on E-Kindle. The movie can be rented or purchased through various streaming methods (ie iTunes, Amazon, Google Play, Vudu, XBox, etc.)

2. Ever seen the film "A Bug's Life"? Describe a scene as a human would see it and then re-write it from the perspective of something extremely tiny, such as an ant or a fly on the wall.

3. Write a short scene or event from the perspective of how you imagine a tree or plant might see it. When you read it to the group, note their reactions to this perspective. What challenges do writers face when they have to get readers to invest in characters that have perspectives that are very unfamiliar to most people?

4. Describe an event or scene as an adult might see it and then re-write it as a child might see it.

Miscellaneous Prompts (for those who are uninspired by perspective today):

5. Write about the best vacation never had.

6. If you won 2 million dollars in a lottery, what would you do with it?

7. Aliens are landing in your backyard.

8. A mysterious stranger hands you a sealed envelope at a local cafe...

9. The light in your shed keeps turning on at night, apparently all by itself...

10. The phone rings. You answer it, only to discover it's your oldest friend who suddenly went missing a few years ago.

11. Pick a current event in your community and write a newspaper column about it.

12. Write a review of a restaurant you have visited.


All HWG members are encouraged to share their writing on this blog.


The next meeting is Sunday, May 15th. Diane is leading.
Posted by Mary Patricia Bird at 7:04 PM No comments: