How I Became a Sci-fi Geek

Since reading Triggers by Robert J. Sawyer, I've been thinking about what triggered my love of a sci-fi.
Orignally posted  July 5, 2012  but now with some edits.
What can I say about the Amazing Spider-Man movie - it’s amazing but then again I’m a geek according to my friend.

“Most of my friends are geeks,” she said. “They all like sci-fi and I hate it.”

Sci-fi and fantasy fims are my favourite movies. My husband and I watched a lot of "B" sci-fi films. Back in the 70's, science fiction moves weren't popular until Star Wars. And then the quality of these films improved.

Most of my life, I’ve blamed my Grade 12 teacher, Mrs. Stewart for loving scence fiction. She suggested that we should read a sci-fi novel.

“No way. I read everything but not sci-fi," I said.

So she decided we’d read Fahrenheit 451 by Ray Bradbury. As an avid reader, the burning of books horrified me yet at the same time provoked thought. I loved the book. So I began embracing my so-called geek side.

It’s interesting that Ray Bradbury’s book Zen in the Art of Writing: Release the Creative Genius within You, brought me back to my childhood, my secret past, and a light bulb moment.

Bradbury became hooked on the Dick Tracey comics and that's why he writes sci-fi.

With five kids, books were considered a luxury item in our family.  I didn't own any books. As a child, I could only afford comic books. Twice a month, I spent at least an hour at the corner convenience store selecting my new comic book.

I read Superman, Spider-Man, The Avengers, The Hulk, and X Men. But Spider-Man aka Peter Parker became my favourite. We even named Parker, one of our rescued cats after him. ( Parker, our cat, climbed up the brick to our second story window.)

But I never shared my love of comic books with anyone. The teachers frowned on them and they weren’t exactly literary. But they were definitely fun to read. I couldn’t wait for the new comic books. They always left you in suspense.

On May 10, 2002, when I watched the first Spider-Man movie I fell in love with superheros again. I hate to admit it but it’s been a long time since I’ve held a Spider-Man comic book or any other comic.  As a kid, I would have given anything to have superpowers.

In 2002, when The Lord of the Rings: The Twin Towers arrived at the movie theatre, my two friends and I were the only women there without men. We were delighted that we could share this experience together 'cause most of our women friends hate science fiction.

Today, all my daughters and my granddaughter, prefer scence fiction and fantasy movies. I am so proud. But really, it's no surprise, 'cause that's mostly what their parents watch.

And when I reminded my friend (who called me a geek) that people who love Sci-Fi are supposed to be more intelligent and imaginative (and creative), she said, “Imagine how much smarter I’d be if I liked sSci-Fi?”

I don’t think she was impressed.

Email ThisBlogThis!Share to TwitterShare to FacebookShare to Pinterest
Labels: Mrs. Stewart, Ray Bradbury, Robert J Sawyer, sci-fi, Triggers, Zen in the Art of Wriitng: Release the Creative Genius within You

Diane's new novel The Mystery Lady is now available in e-book on Amazon. 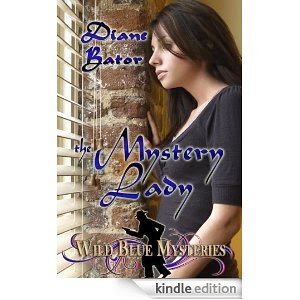 You can purchase it here: http://astore.amazon.ca/headwritguil-20

Posted by Mary Patricia Bird at 12:07 PM No comments:

2014 One Book One County - Triggers by Robert J. Sawyer

The 2014 One Book title was revealed on Tuesday, February 25 at the Orangeville Public Library. This year's 'One' to read is Triggers by Robert J. Sawyer. Set in Washington D.C., Triggers is a science fiction political thriller about the nature of memory.

"Constantly gripping on the surface and seriously provocative deep down." —The Wall Street Journal

"A tense, race-against-the-clock adventure with a surprise ending." —Library Journal

Join us in reading the OBOC 2014 title and sharing the experience with others in Dufferin County. It's a gigantic book club without the meetings.

Robert J. Sawyer is a best selling Canadian author who has won every international science fiction award. He is one of only eight authors in history to win all three of the science-fiction field's highest honors for best novel of the year: the Hugo Award (which he won for HOMINIDS), the Nebula Award (which he won for THE TERMINAL EXPERIMENT); and the John W. Campbell Memorial Award (which he won for MINDSCAN).He is also the recipient of the Crime Writers of Canada’s Arthur Ellis Award for mystery fiction. His novel FLASHFORWARD was the basis for the ABC TV series of the same name.
Robert was born in Ottawa and lives in Mississauga with his wife, poet Carolyn Clink.

For more information about Robert and his award-winning books, check out his web page: http://sfwriter.com/

The annual One Book One County program is presented by BookLore and the Grand Valley, Orangeville and Shelburne public libraries.
Posted by Mary Patricia Bird at 12:02 PM No comments:

Hi all. Just wanted to turn you onto a cool website/podcast at boundoff.com.  They encourage authors whose stories are accepted to record their story and send it to them as an audio file. My story MARCY CUNNINGHAM is one of two stories being broadcast for the month of March.  The story is from my (growing) collection of flash fiction tales entitled AND MAYBE YOU FLOAT AWAY. Take a listen. But... if you are prone to depression... beware!
Posted by harry posner at 10:39 AM No comments:

When I talked to Joanne at the Grand Valley Public Library, she mentioned that the One Book in 2014 is Triggers by Robert J. Sawyer.

I said, "Oh, he's a sci-fi writer. I took some workshops with him."

I don't know exactly how she worded it but something to the effect that Triggers wasn't too science fiction. I laughed but I should have told her that I love sci-fi.

And of course I've read other books by Robert J. Sawyer. I am definitely a fan but I especially adored the Quintaglio Ascension Trilogy: Far-Seer, Fossil Hunter and Foreigner.

For writers of any genre, Robert has valuable information on his website:

Robert Sawyer launched OBOC 2014 at the Orangeville Public Library on Tuesday, February 25. He gave a lively presentation on why everyone should be open to reading science fiction.

If science fiction is not your usual genre of choice, Robert would like you to remember three key things. He writes science fiction that is set in the near future or present day not some far off world. A scientific event is central to the story and it wouldn't be the same without it. And it is main stream literature that is well written and plot driven.

Robert is a best selling Canadian author who has won every international science fiction award. He is one of only eight authors in history to win all three of the science-fiction field's highest honors (Hugo, Nebula, John W. Campbell Memorial Award)for best novel of the year.
The finale featuring Robert J. Sawyer is on Tuesday, May 13 at 7 p.m. at the Centre Fellowship Church, 375 Hansen Blvd. Tickets are $10.00 and are available at the Orangeville, Grand Valley and Shelburne Public Libraries and BookLore. Space is limited.

OBOC is presented by the three libraries in Dufferin County and BookLore. Check out the library website for more information.

Finally word from Nancy at BookLore!
On Saturday, March 22, I will be at BookLore to sign copies of The Bookstore Lady and do a reading starting at 1pm. The second book in my Wild Blue Mysteries series is due for release as an e-book this spring as well. 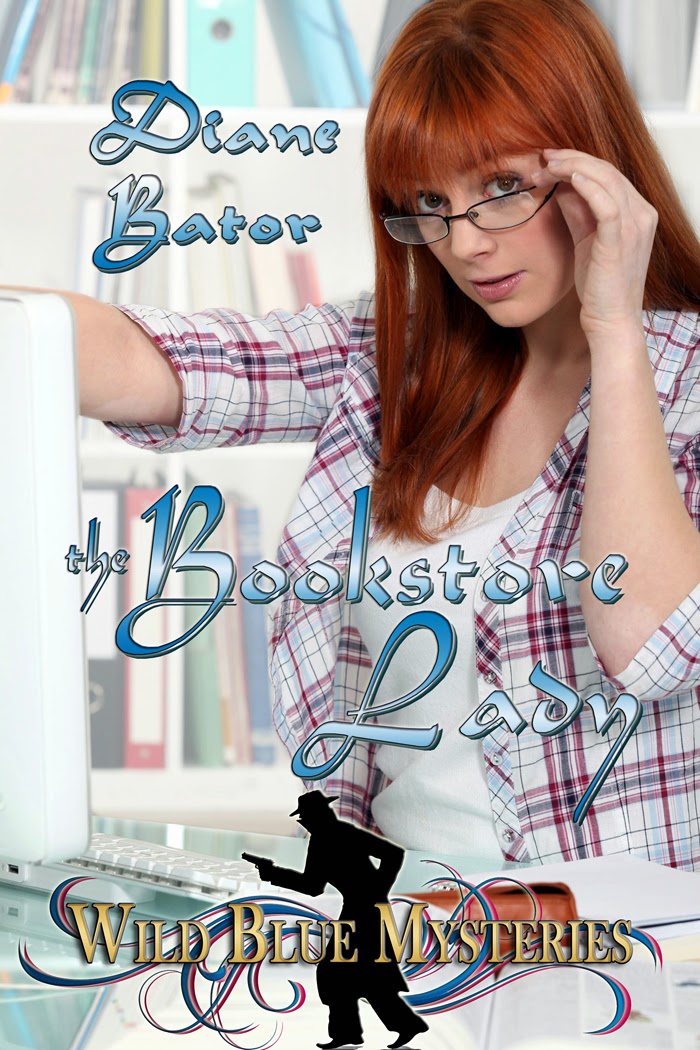 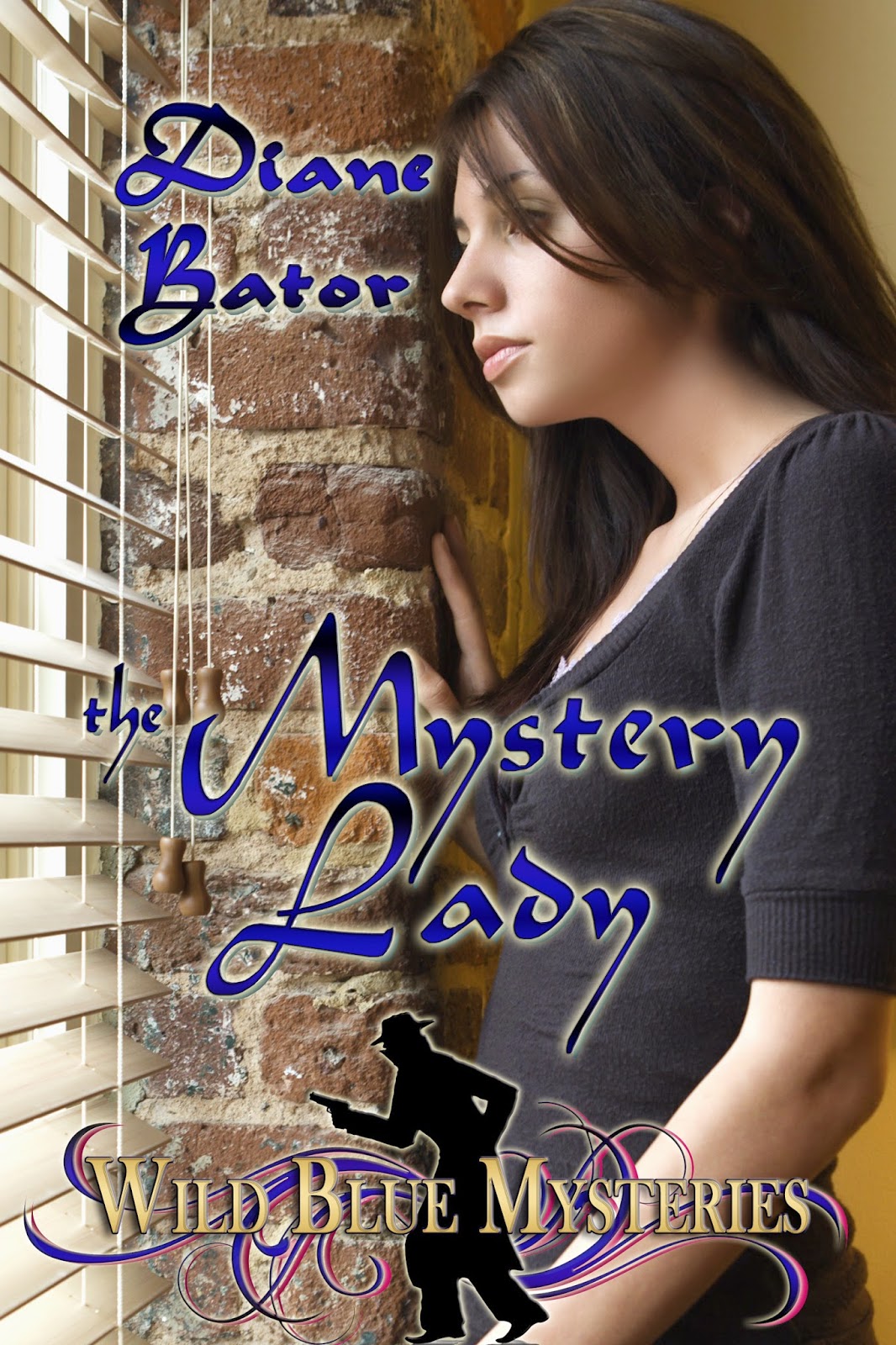 Posted by Diane Bator at 7:30 PM No comments: