We welcomed Danielle who joined our group for the first time.

Kelli asked whether and when she should re-submit to a publisher after making revisions. She said they had responded that it required editing and that she made revisions and wants to re-submit. Marilyn suggesting writing them and telling them in the query letter that she had made the revisions as they suggested. Everyone agreed.

Sonja joined us after a lengthy absence (indoor soccer season is over for her son). She read the first chapter of the fantasy novel she has been working on and received lots of positive feedback. Sonja said she is thinking of writing a prologue. Everyone gave comments on the pros and cons of prologues. Most fantasy/Sci-Fi writers do start their novels with prologues. Others said readers want to be intrigued at the beginning and back story can be weaved into the story. Another suggested writing the prologue for herself, perhaps to look back on and insert the pieces of information where they fit in the story.

Nancy suggested checking Robert J. Sawyer's website, a Canadian Sci-Fi writer who has lots of info on his website.

The prompts were provided by Nancy. Most were song lyrics and Nancy posed the question if anyone knew from what songs. One she had hand-written in, "Do you know..." which brought up quite a few responses. "Do you know the muffin man?" "Do you know the way to San Jose?" I came up with another at home: "Do you know where you're going to? Do you know what life is showing you?" Then my daughters sang yet another song beginning with that phrase. Me thinks there may be many songs starting with "Do you know..." How many do YOU know?

We never attempted to guess what songs the other prompts were from and I've drawn a complete blank. My father (The Music Man) is probably rolling over in his grave.

Kelli wrote "The sun poured like honey...". A sound affect made by another member caused Kelli to stop reading and laugh as the next line described that particular sound affect to a T. How convenient, Clare.

Sonja wrote from "She walked into an empty church...", a piece geared towards her novel.

Judy wrote from "I forget to pray", a dialogue between two friends about when to pray and what prayer is.

Marilyn wrote about "If there is a choice..."

Ron chose, If there is a choice between life and death... a thoughtful question which turned into a humorous story about a cat who caught a chipmunk.

Pat also wrote "I forget to pray" gearing it towards her novel.

Nancy and Danielle passed. Joe had to leave early but took the prompts with him. Hopefully we will hear a wee story from one of the prompts at a later date.

Anyone willing to do so, please post your prompt results here and share with others because frankly, I can't stay focused enough to write down everything. (Diane, where are you?)

Next meeting is July 24th. Clare will be leading.
Posted by Mary Patricia Bird at 10:36 PM 3 comments:

I've just updated my blog with the latest news.
I now have an agent!
I'll keep you all up to date!

Posted by Diane Bator at 6:42 PM No comments:

WHAT INSPIRES ME TO WRITE 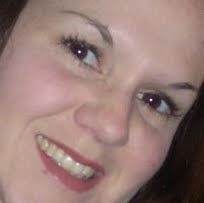 Currently, I have 1 book published; a fictional, fun, and adventurous children’s picture book called, “AMBER AND THE FALLEN BRIDGE”.  I have written my 2nd book, for which I’m currently seeking an agent/publisher, and I’m now writing my 3rd book.
I don’t remember too much of what I wrote in English classes during elementary school, but I do remember my high school English classes and most of the time, my writing style was rather diverse from children’s stories to stories that were older and much darker.   I’ve always enjoyed everything about English from spelling to grammar to punctuation, when to start a new paragraph, and even antonyms and synonyms.  I loved learning knew words and kept a dictionary and thesaurus in my backpack for most of high school and college.  I’ve taken several college programmes and I was always super excited when the teachers set essays.
As I mentioned in a previous entry entitled, LEARNING DISABILITY IS NOT A BAD WORD (please click on the link to read more about my experiences of having a learning disability as a child) I had a high school English teacher who continually encouraged me to keep up my writing skills and told me to never let go of my gift.  His words stayed with me for many years after college; however, I put writing off to the side until I came across an ad in the newspaper in 2008 in my early 30’s advertising a course that taught how to write children’s books.
This is where my love for all that is English was re-awoken and without hesitation, I sent away for the course; it was a home study programme. Within a matter of 6 months, I completed the course, not because the programme was easy, but because I thoroughly enjoyed it; I ate, slept and breathed it.
In my same above mentioned entry, where I talked about my experiences with a LEARNING DISABILITY IS NOT A BAD WORD  as a child, it wasn’t until I was in Grade 5 when I was suddenly able to read and spell.  Before then, I could only spell if someone told me how to spell any given word, other than my name.  I had several tutors at school as well as home, and my parents continually sat with me trying to help me learn to read, but nothing was sticking. Before Grade 5, my favourite books were Beatrix Potter’s complete series, and since I couldn’t yet read, I enjoyed looking at her beautiful illustrations of the adorable animals wearing clothes, and acting like people.  I had never seen anything like that before, and I become completely captivated.  I made up stories by looking at the pictures.
All of a sudden, one day in Grade 5, it was like a light had been switched on.  I remember as if it were yesterday; all the kids were seated on the floor in groups ranging from beginner to advanced spelling, with a teacher sitting with each group.  I was automatically put in the beginner spelling group.  The rule for all groups was that each student had to score a perfect 10 out of 10 before graduating to a higher level spelling group.  There were 5 spelling groups altogether.  At first try in the beginner group, I scored 10 out of 10 and continued to do so with the other groups, while all the teachers were baffled.  When I graduated up to the fifth group, I remember the teacher with that group looked at me shocked that I had made it all the way to the most advanced spelling group from the beginner group.  Well guess what?  Again on my first try in the most advanced spelling group, which was called, “The Stars”, I scored 10 out of 10.  I was spelling words I hadn’t learned yet and I was the only one scoring 10 out of 10 consecutively.  As a matter of fact, I quickly became bored and even asked for harder words.  She didn’t oblige me.
Another inspiration that made a big impact on me was C. S. Lewis’ “The Lion, The Witch and The Wardrobe” series.  I began reading the books toward the end of elementary school and here again, I was captivated by the imagination and creativity of the storyline, and I couldn’t put the books down.  The very thought of stepping into a wardrobe and entering into a whole new world full of adventure fascinated me.  The imagination and creativity of such an idea blew me away and I hung on every word.
Other things that inspire me are everyday little things and occurrences I see or do, and some of them could be something simple to help me finish a story, or inspire a completely new idea for another story.
Imagination and creativity is all around you, you just need to be open to it and never forget that there are no boundaries, because you’re the one giving life to your story.  No one can take that away from you. 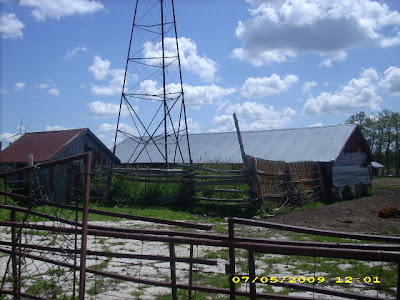 Visit my blog page :-) http://kelli-curtis.blogspot.com
Posted by na at 9:35 PM No comments:

I am sorry I am taking so long to do a write-up on this but things are a little crazy. I did manage to post some writing so I will just post the links in this blog.

In attendance at our annual Writing Retreat at Eramosa Eden this year were: Alberta, Gloria, Marilyn, Clare, Ron, Ashley, Judy and Patricia. The weather was overcast and a bit chilly. Clare wrote outside while the rest of us found different corners inside the cottage. It was an enjoyable and productive day. Take a look at what I've written:

and from my prompt:


Due to scheduling conflicts at the church, our August writing session will take place on Sunday, August 28th. Marilyn will be leading.

Our next meeting is this Sunday, June 26th, at 1:30pm. Judy is scheduled to lead.
Posted by Mary Patricia Bird at 2:39 PM No comments: