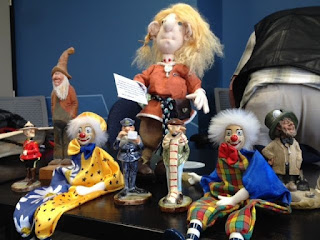 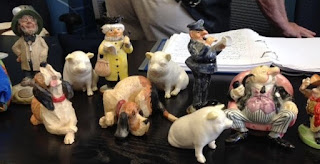 Downtown, the streets were busy: cars on the road, shoppers rushing along the sidewalks, clowns entertaining the masses in hopes of earning a few dollars, and two cops walking the beat.

In the middle of it all, an old man, rotund and bald, sat in an arm chair smoking a pipe. He was most certainly out of place. Yet dogs on leashes took a liking to him, sniffing at his feet before plopping themselves down to rest. Their owners’ attempts at moving them along were fruitless.

“Nothing. Nothing at all. I’m not breaking any laws, am I?”

Officer Smith looked at his partner, Officer Jones, who pulled out a small book from his coat pocket and began scanning the pages of rules and laws of the city streets.

“I am simply observing,” said the old man. “I have no alcohol or food. I am not littering. I’m not causing a disturbance. I’m not bothering anyone.”

Officer Smith wrote this in his notebook. “May I ask how old you are?”

“How old am I? I don’t see that it matters any but I am seventy-two years young.”

“And where do you live?”

“Sixty-seven Hogs Hollow Road, not the loonie bin if that’s what you’re thinking.”

“I wasn’t thinking that at all, sir.” Smith glanced over at Jones as if to say ‘that’s exactly what I was thinking’.

Officer Jones shrugged and continued flipping the pages of the police manual.

“Retired?” the old man scoffed. “There is no sense in retiring unless you are unable to continue living.”

“Sitting in a chair on a busy downtown street?” Jones asked. “Could you be panhandling? That’s against the law.”

“Goodness no. I’m not panhandling. I live a very comfortable life with all my earnings throughout the years.”

“And exactly how do you make these earnings, as you call them?” Officer Smith asked.

The old man looked up at the officer, eyes wide. “I told you my name, did I not?”

Smith looked down at his notebook. “Nathaniel Houston.”

“And you don’t recognize the name?”

“The Houstons used to own this town,” Officer Jones said.

“Used to?” the old man bellowed. “But I am an author of many books, sold millions. I am sitting here observing as a method of feeding my creativity.”

The two officers looked at one another.

“Don’t think there’s a law against that,” said Officer Jones.

“I should think not!” said Mr. Houston. “Where in the world would we be without imagination and creativity?”

What can you write from one or more of these figurines?