It's late in the summer and many people are away. We had a small group of people attend the meeting but that's okay. Lots of information was shared.

Patricia connected with an Orangeville author via Facebook. She met J.L. (Janet) Morrison for tea and was given a copy of her Y.A. novel to read. It's a great read for teens and parents of teens. Patricia's review of the book can be found here: http://quazen.com/shopping/book-review-surviving-seventeen/. 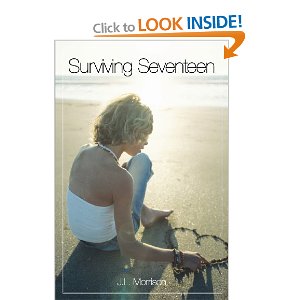 Hopefully Janet will be able to join our group soon.

Marilyn shared a novel by her newest author, Lynn Albrecht. It looks like a fun story. 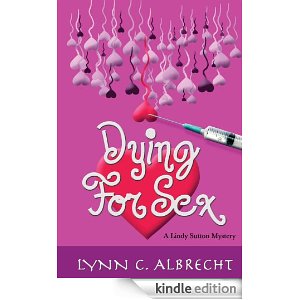 Both books are available at Amazon.

Patricia also reminded everyone about the annual Armchairs & Authors event as part of the Headwaters Arts Festival. Information was posted on a previous blog. Buy your tickets now as they sell out fast. The date is a Thursday this year, September 26th.

Richard Scarsbrook is returning to the Orangeville Library for a Creative Writing Roundtable Series. The goal is to give and receive encouragement and editorial feedback. The series takes place over three Monday evenings - September 9th, October 7th, November 4th - from 6:30-8:30pm at the Mill Street branch. Adults 18 years and older. No registration required. Light refreshments provided.

Also coming to the Orangeville Public Library is Orangeville author Graham McLeod (nom-de-plume Russ Graham) for an informal talk on how an 'unknown' gets published, marketing books, and his recipe for a really good mystery. This event takes place at the Mill Street branch on Tuesday, September 17th, 2013, from 1pm to 2pm. You can check out his website and books here: http://russgrahamnovel.com/.

And now for the writing prompts provided by Judy:

2. On hearing the explosion, the people of Banion's Corners rushed out doors to see ________ spiraling down into John Carrigan's corn field.

3. She had followed her dream to Nashville, slept on the river bank, hounded agents offices, sang at open mic nights week after week all along the strip, until ___________

4. The plants along aunt Janet's back fence went through an unusual growth spurt that August, opening up huge bell shaped blossoms in reds and violets which oozed a sticky cream coloured substance.

6. Cassandra stared in amazement at the strange script appearing on the paper, which leapt from her printer.

8. When she opened her eyes, she saw a huge creature with shimmering gold wings hovering in the corner of her room at the ceiling.

9. The real estate agent was not there when she arrived at the address.


Next meeting is Sunday, September 8th. Diane is scheduled to lead.
Posted by Mary Patricia Bird at 7:50 PM